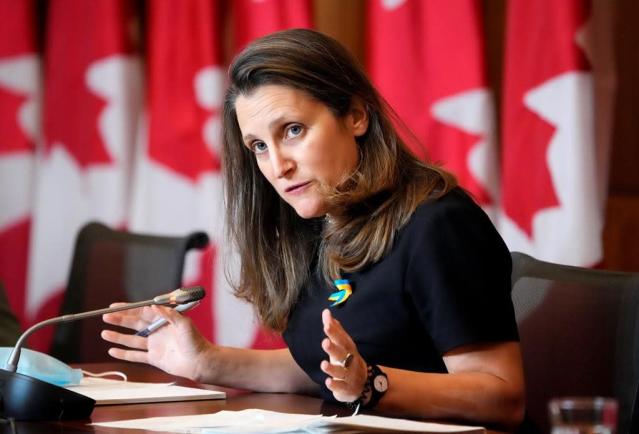 The voice of Canadian small business says it hopes the federal government breathes extra months of life into an incentive for companies to hire new staff, a way to help firms only now hitting recovery mode.

The hiring incentive and two other programs aimed at hard-hit businesses are scheduled to expire in early May.

The government introduced the credit in last year’s budget, providing a subsidy to struggling businesses that expanded their payrolls by hiring staff or giving their workers more hours during the COVID-19 pandemic.

Kelly said few companies have used the program because public health restrictions have only recently eased, allowing businesses to get closer to usual operations.

“It’s a really good program, but unfortunately, the take-up was almost non-existent because they introduced it with a recovery in mind, but then we never actually got to recovery,” Kelly said Wednesday.

Kelly also said he didn’t expect any further extensions to the federal rent and wage subsidy programs, which have respectively paid out $7.7 billion and $100.4 billion over their lifespans based on the latest federal data.

They may still be needed, he said, if the BA.2 subvariant of Omicron prods provincial governments to tighten recently loosened restrictions. Kelly said they could be renewed as an insurance policy that would only pay out if restrictions are renewed and businesses face steep income losses.

Now that more small businesses are hitting recovery mode, Kelly and other business voices are looking to the budget to keep that rebound growing while dealing with some of the key issues facing the domestic economy.

Among the issues are rising costs for businesses with inflation rates at three-decade highs, and widespread labour shortages.

Statistics Canada reported this month that there were 830,700 vacant positions at the start of January, which was down by 47,000 from December, but still nearly 318,000 higher than pre-pandemic levels during the first quarter of 2020.

Speaking to reporters before a Liberal caucus meeting, Tourism Minister Randy Boissonnault noted business aid like the hiring program and another for tourism operators was designed to be temporary and help operations manage through the Omicron wave.

Boissonault said the government would continue to support the rebound in the tourism sector, but stopped short of detailing what companies should expect in next week’s budget.

For now, small businesses looking for budget hints have pored over the text of the agreement the Liberals struck with the New Democrats just days ago to land NDP support on key parliamentary votes, including on the budget, in exchange for introducing new social programs.

Kelly said he takes no issue with the parliamentary pact, noting improved relations with the New Democrats as that party has put forward some small-business-friendly platform ideas.

The problem for his members is that among the items the Liberals have promised to introduce, there is little that would help the economy get back on track.

“With small firms having been just crippled through the pandemic, we really need careful attention to ensure that the recovery is managed very well,” Kelly said. “So we’re hoping that that’s going to be a significant theme in this budget.”

This report by The Canadian Press was first published March 30, 2022.